I don't know if anyone is still out there in blog land. It's been 3 years since the last post on here. And only after a few sporadic sputterings before that.

If you didn't know, I've been writing more on my webcomic Symptom of the Universe and I've been working on a new project- Maleficium. It's about a lesbian separatist witch coven in 1969 San Francisco. The first issue debuted at SPX last year. The second issue debuted at Flame-Con this year and the third issue is going to debut at CAB this year. It's been a pretty wild ride (as wild as self-published comics get; which is a step above busking). 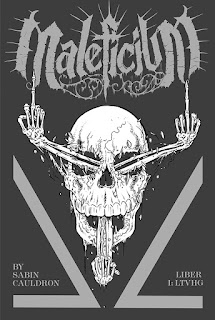 If you're of the digital persuasion, you can download Maleficium 1 as a pay-what-you-like download. It's a pdf, so it should work on any platform.

Check it out if that sounds like your thing. I'll be uploading the second and third issues soon, so watch for those.
Posted by Ambassador MAGMA at 7:37:00 pm No comments: Links to this post

I've been extremely quiet here... most of my time has been spent writing in service of drawing or simply drawing, but a bit of free time has allowed me a moment to put a little rant here.

I stumbled across this "review" on The Gaurdian which is a series where someone writes about some pointless topic they feel like pointlessly writing about (In Praise of... Tweeting!) and for some bizarre reason they chose Arthur Russell.

The piece starts; "There's a certain Keats-like romance in "discovering" an artist who died before their time, before their gifts were truly appreciated."

I can only assume this was written out of malice. There is NOTHING romantic about the HIV/AIDS epidemic. While Reagan was busy plotting ethnic cleansings in South America and railing about the evils of good music, those in power did NOTHING - NOTHING to help here OR abroad. Half a million Americans died. A huge percentage were queer. Keatsian romance?

25 MILLION PEOPLE are DEAD. To you this is romantic? Because you "discovered" an artist? An artist who was never, hidden, who was not wildly, but successful enough to put out records, to get played in clubs all over NYC and who recorded for Phillip Glass. The NEA scandal decimated who was left in the queer arts community- those continuing to thrive were seen as toxic. Our government poisoned the well both physically and culturally.

But to The Gaurdian, this is authentic. This is business! Sell some books, some records and romanticize AIDS. Not only rewriting this as romantic but rewriting history to make it seem as though Arthur Russell was some unknown, outsider artist who is only now getting his dues.

The fact that that they would print this piece on Arthur Russell in 2010 only speaks to their own unwillingness to support artists working now. Why not praise musicians working now? Why not take a chance and HAVE AN OPINION!?

This article treats the world as a whitewashed mausoleum, an empty agenda of cool. Only support that which has been praised by others, that which is long gone but now retro. Don't live in the present, only romanticize oppression. Authenticity is all that matters, even if you have to lie to get there.

Hi, I know it's been a while but it's all quality over quantity around the ol' idol. So why don't you head over to Symptom of the Universe for my Vaughn Bode tribute with a little piece on the origins of this project, the influence of Marc Bolan on my work and of course great comics! http://www.symptomcomics.com/
Posted by Ambassador MAGMA at 9:42:00 am No comments: Links to this post 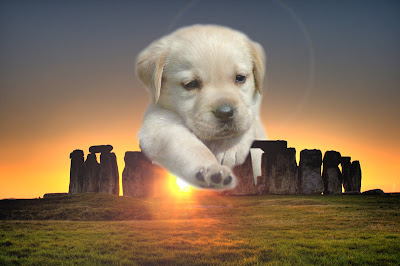 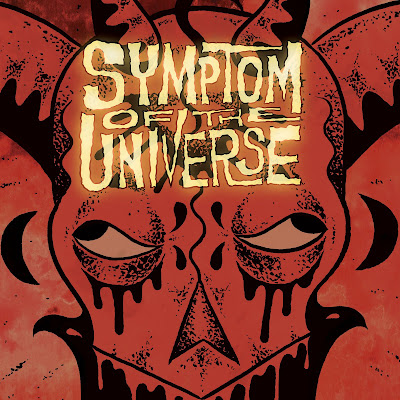 I'm getting some preview mock-ups of the story so far... if you come to SPX you can check them out. Also, I will have the first chapter available to download on the site when the second chapter begins. I can't wait to see this in the real world!!!
Posted by Ambassador MAGMA at 6:02:00 am 1 comment: Links to this post

Labels: comics, symptom of the universe

Little One, Little Something 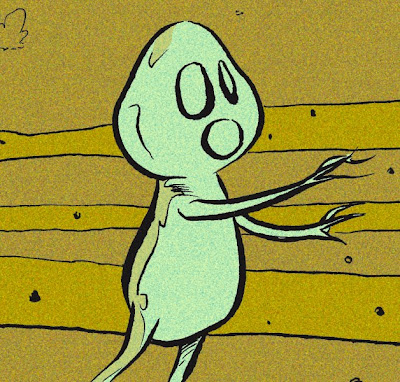 Have you checked out Symptom of the Universe lately?

I'm pretty much shuttering Toppled Idols for the time being, perhaps to throw a couple things in here, but every week there is a new page, new music and new insights into the wonderful world of comics...

It's time to play the game!


symptomcomics.com
Posted by Ambassador MAGMA at 2:40:00 pm No comments: Links to this post

Thanks for checking it out!

SYMPTOM OF THE UNIVERSE (my webcomic)